Anf optional description where you can introduce yourself and your related expertise for what you are selling.

Get a free sample of our product

#53 Travel For Free w/ In The Know Traveler Devin Galaudet

#52 Life On Fire With Nick Unsworth 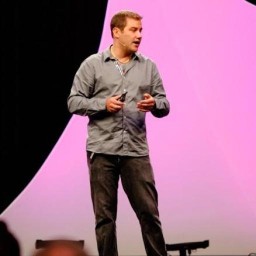 “What do you guys think would be the best gig site after Fiverr.com?

If you are not familiar with a “gig site” it’s a place where people from all over the world will do all kinds of tasks for a couple bucks.

On Fiverr I’ve had people draw me some cartoons for five bucks, one dude wrote a love song for my girlfriend for five bucks, another guy did some banner graphics for me. You can get SEO services, social media followers (although I tend to think this is nearly worthless) and more.

Heck, one of my good friends paid 5 bucks to have a girl punch her boyfriend in the face and then say his web domain on video. Surely that’s worth five bucks right?

Anyhow, after this guy asked what would be the best gig site after Fiverr.com I jokingly said… “Sixerr.com” just to be an ass.

It turns out, there is actually a sixerr.com.

So then I typed in sevenerr.com and yep, there’s one of those too.

Then eighterr.com and yep, same thing.

Then ninerr.com and sure enough.

So then I skipped up to thirteenerr.com to see if they’d keep going but it redirected to gigbucks.com (another gig site).

Wow, I just went the other way and there is a fourerr.com too!

These sites are quite incredible. You do have to sift through a bit of nonsense at time and there is a art to getting quality work done, but it’s well worth checking out.

A few other gig sites that popped up in the conversation were….

PS: You can also put your own services up here if you want to make a few bucks. I don’t really recommend doing much work for five bucks, but I’ve heard of some people having decent success by getting leads into the funnel by delivering a good service for a cheap price and then acquiring them as long term clients.

Jason Moffatt is a former private detective turned internet marketer who uses his skills of keen observation and deductive reasoning to pinpoint the most reliable paths to success online. He’s passionate about helping entrepreneurs, health practitioners & those in the personal development space. Jason believes we’re all a work in progress and that each day presents an opportunity to be a little better than the last.

#53 Travel For Free w/ In The Know Traveler Devin Galaudet

#52 Life On Fire With Nick Unsworth

This site uses Akismet to reduce spam. Learn how your comment data is processed.